Creationist Hypothesis – “No life on Mars.”

June 26, 2008/John Adolfi/Comments Off on Creationist Hypothesis – “No life on Mars.” 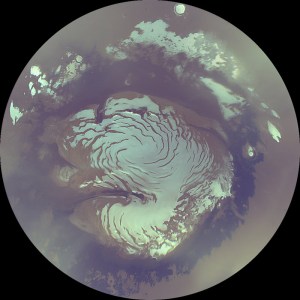 For more than 30 years one robotic machine after another have landed to explore the rusty martian surface trying to unlock its geological mysteries and solve NASA’s perplexing questions: Can Mars support life? And more importantly: Is there life on the red planet? Recently in the news, NASA announced that salt and other akaline minerals have been discovered that could in fact support life. But will NASA find life…ever?

Before we go any further let me say that Evolutionists criticize Creationists for not using their unique faith based understanding of science to make predictions.  It is true that the evolutionary model does predict and it seems that many of their predictions come “true.” But I would like to take this opportunity, as a creationist, to make my own prediction regarding life on Mars. Allow me first to qualify my prediction.

My prediction is based on the Word of God.  I’m basing my prediction on biblical references that state God alone is life and God alone creates life and places life where He may. That Earth is the only planet that God created life in the solar system.

Therefore not on the moon or Venus or the moons of Jupiter or Saturn will we find life.  God does not create life by starting things off with some microbes or algae. His distinctive signature is the ability to get it right the first time with all the complexity, interdependent systems and recycling mechanisms necessary for an entire world of living things to stay in balance and thrive.

Therefore, as hard as NASA tries to find life on Mars, my prediction is NO life will be found on Mars. So we may find soil, yes, even water perhaps, but no life. There are no half baked “in the beginning” metaphorically evolutionary “genesises” going on in our solar system. Not even a exo-microbe will be discovered is my creationist, arm-chair, scientific prediction.

That said, I do believe based on a few passages in the scriptures, that there are planets with entire complete eco-systems with beings similar to us throughout the universe that God created. But there’re not close enough in proximity for us to interface with.

Again, simply put “Mars does not have life.”

Thanks for subscribing! Please check your email for further instructions.

Something went wrong. Please check your entries and try again.
×
Scroll To Top